The first recipe I’ve tried in the “BREAD” book by Jeffrey Hamelman was baguettes with poolish. It might nog have been a good idea, since the recipe calls for a very wet dough. There were some restrictions involved: no mixer! This means a lot of stretch & folding and french folding have to be involved.

I’ve been asked to bake a focaccia which uses the ciabatta dough. Last time the wet dough experiments were quite a “failure” so I was a little anxious to try this one out. This is the result: 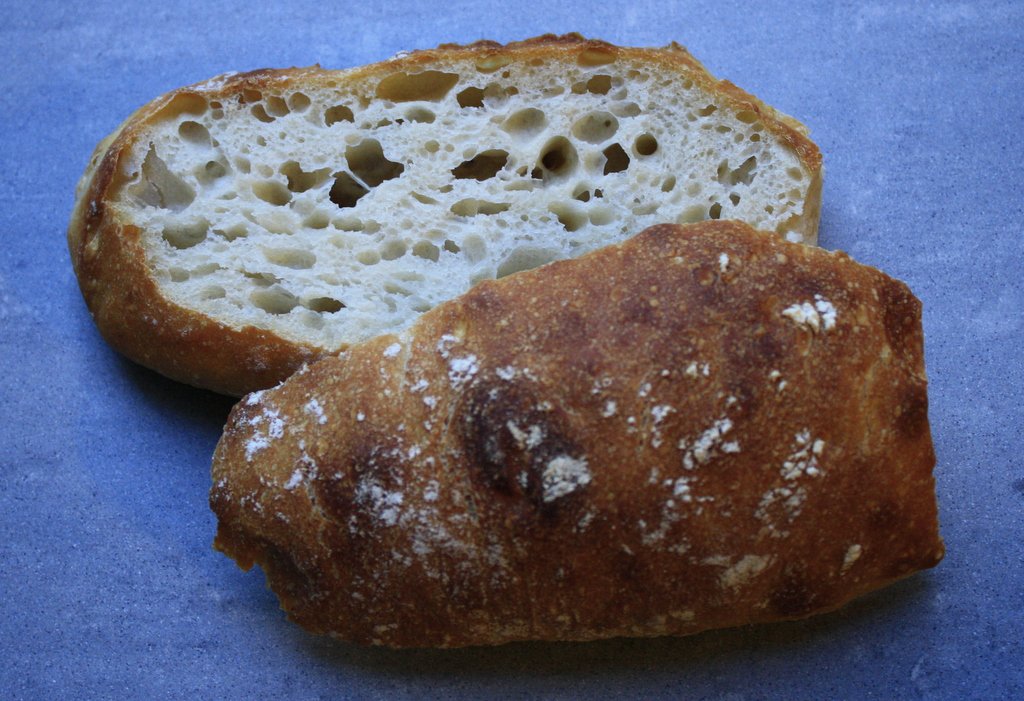 The “holey” ciabatta looks good but hurts your teeth!

Looks rather good, right? But there were some problems involved:

I more or less followed the recipe by the book except that I also added a 100% hydratation sourdough starter together with a little bit of commercial yeast to create the poolish. That might have been “too much”, I’m not sure. I’ll have to try the same recipe without that! Should have stayed with the book of course…

The “chewy”-ness is an issue I’ve been trying to get right for about a month. This is the last batch of “failed” baguettes with 75% hydratation: 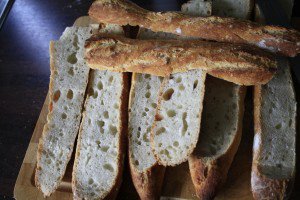 I used The Weekend Bakery recipe and cut everything by half – except the yeast and salt. Whoops, how stupid. It turned out to be quite overproofed – even for one hour, I can’t exactly remember the time table on this one. I do remember I threw everything away since it was way too salty!

I did use the same flour for everything and I highly suspect this may be the nr. 1 reason why these wet doughs don’t correctly work out for me. I used white “all purpose” flour which can also be used for pastry. It’s called “molenaarsbloem” in Dutch and does not state any protein content. It’s not bread flour, nor high-gluten or “strong” flour.

Another thing I think I might have did wrong was underkneading since I did everything by hand and it was extremely difficult. I stretch & folded every 30 minutes for 2,5 hours (might even have to bulk ferment longer next time?!).

This is what I’ve been trying to replicate: 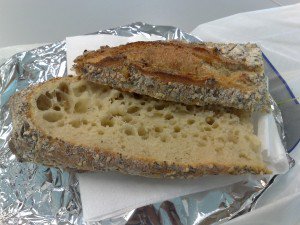 Nice holes, crisp crust and not too chewy

On to the next bake!