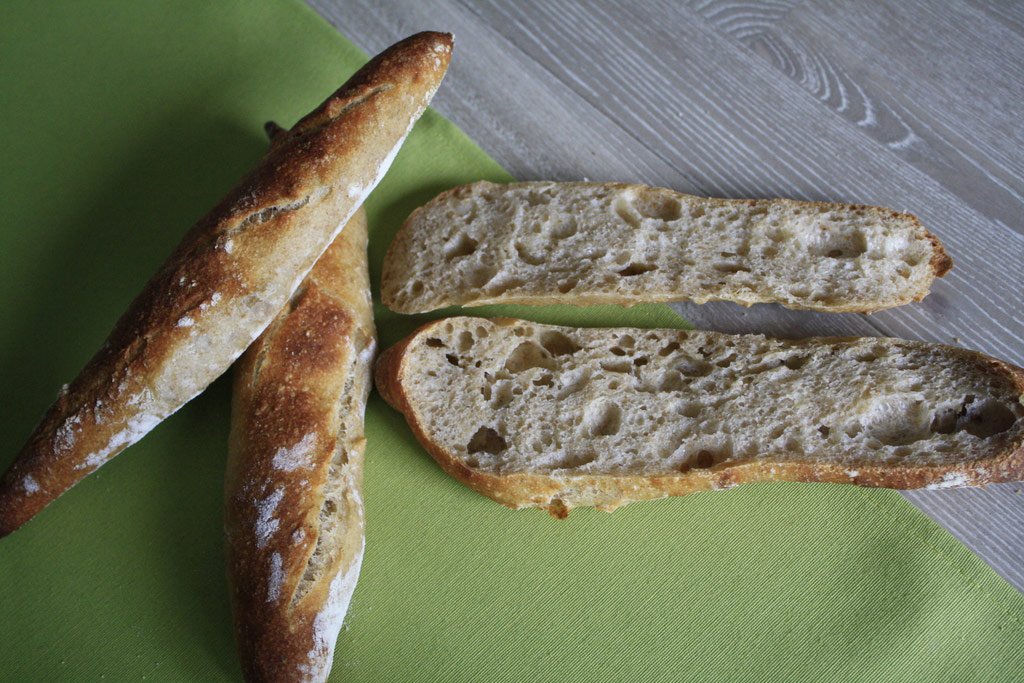 A crumb shot of the sliced (misformed) “baguettes”

As you can see, the result is quite lovely, it has a beautiful texture inside (although I personally like more holes) and it’s not white bread.

Scoring didn’t went that well, but the baguettes now contribute to the “ancienne” look and feel. I should have simply stretched some dough balls, that would have been more than sufficient. 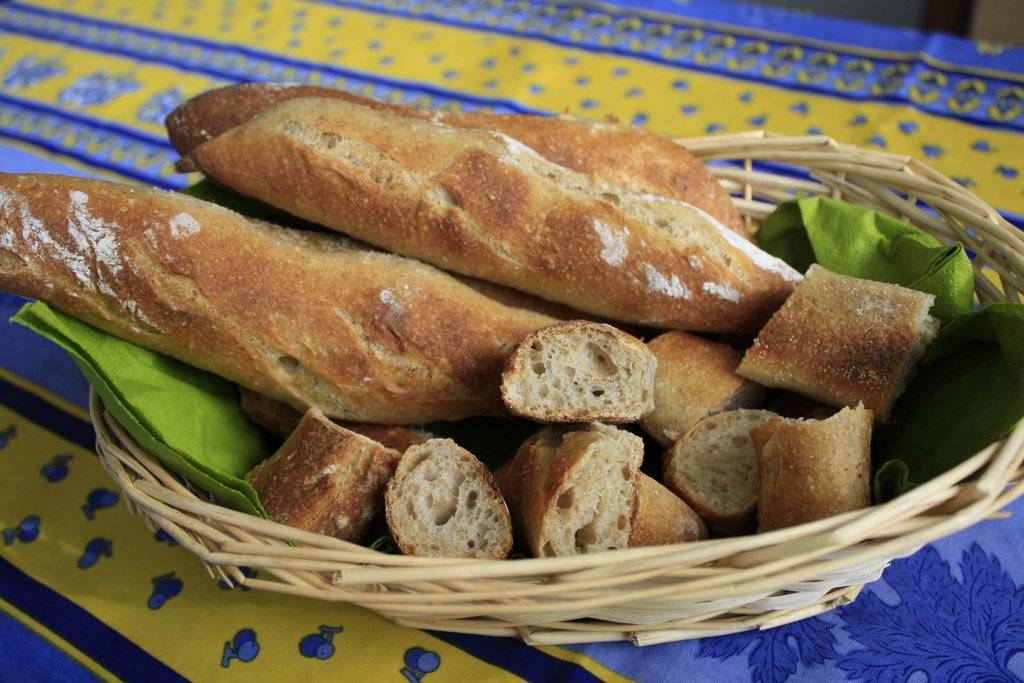 Pieces of the bread were very popular at the BBQ!

If you’re interested in the full formula, just drop me a line here. It’s the same recipe as Mr Hamelman in his excellent book, “BREAD: A baker’s book of techniques and Recipes“, “pain au levain with whole wheat flour”. The dough has been retarded for several hours after the initial mixing because we needed to go and buy the vegetables for the party! No problem at all since the book even recommends it.

After some hours, the dough has been placed in full sun outside (remember, nice wheather) to take off the chill and then I proceeded with preshaping. I think proofing was 2 hours tops – maybe a bit underproofed. Things to remember for next time!